Rotary and its GPEI partners celebrate a monumental achievement, say global eradication of wild polio is possible with the continued dedication and persistence of Rotarians.
Story Written By:
Ryan Hyland

The World Health Organization (WHO) on 25 August announced that transmission of the wild poliovirus has officially been stopped in all 47 countries of its African region. This is a historic and vital step toward global eradication of polio, which is Rotary’s top priority.

After decades of hard won gains in the region, Rotary and its partners in the Global Polio Eradication Initiative (GPEI) — WHO, U.S. Centers for Disease Control and Prevention, UNICEF, the Bill & Melinda Gates Foundation, and Gavi, the vaccine alliance — are proclaiming the milestone an achievement in public health. They offer it as proof that strong commitment, coordination, and perseverance can rid the world of polio.

The certification that the African region is free of wild poliovirus comes after the independent Africa Regional Certification Commission (ARCC) conducted thorough field verifications that confirmed no new cases and analyzed documentation of polio surveillance, immunization, and laboratory capacity by Cameroon, Central African Republic, Nigeria, and South Sudan. The commission had already accepted the documentation of the other 43 countries in the region.

The last cases of polio caused by the wild virus in the African region were recorded in Nigeria’s northern state of Borno in August 2016, after two years with no cases. Conflict, along with challenges in reaching mobile populations, had hampered efforts to immunize children there.

Now that the African region is free of wild poliovirus, five of WHO’s six regions, representing more than 90 percent of the world’s population, are now free of the disease. Polio caused by the wild virus is still endemic in Afghanistan and Pakistan, in the WHO’s Eastern Mediterranean region.

In the program, Knaack spoke about people needing good news during the ongoing COVID-19 pandemic. “The challenges ahead are formidable,” Knaack said. “That’s why we must recognize this great achievement and commend all the people who played important roles in reaching this milestone. It took tremendous effort over many years.”

An achievement decades in the making

Not detecting any wild poliovirus in Africa is in stark contrast to the situation in 1996, when 75,000 children there were paralyzed by the disease. That year, at a meeting of the Organization of African Unity in Cameroon, African heads of state committed to eradicating the disease from the continent.

To bolster the effort, also in 1996, Rotary, its GPEI partners, and South African President Nelson Mandela launched the Kick Polio Out of Africa campaign. Using soccer matches and celebrity endorsements, the campaign raised awareness of polio and helped more than 30 African countries to hold their first National Immunization Days. Mandela’s call to action helped mobilize leaders across the continent to increase their efforts to reach every child with polio vaccine.

Since 1996, countless Rotary members from across Africa and around the world have raised funds, immunized children, and promoted vaccinations, enabling the GPEI to respond to and stop polio outbreaks. More than 9 billion doses of oral polio vaccine have been provided throughout the region, preventing an estimated 1.8 million cases of paralysis. Each year, about 2 million volunteers help vaccinate 220 million children against polio multiple times in the African region.

Rotary members have helped build extensive polio infrastructure that has been used to respond to COVID-19 and, in 2014, the Ebola crisis, as well as to protect communities from yellow fever and bird flu.

The GPEI’s challenge now is to eradicate wild poliovirus in the two countries where the disease has never been stopped: Afghanistan and Pakistan. Additionally, routine immunization in Africa must also be strengthened to keep the wild poliovirus from returning and to protect children against circulating vaccine-derived poliovirus, which is rare but continues to infect people in parts of the African region.

To eradicate polio, multiple high-quality immunization campaigns must continue to be given priority. Even during the COVID-19 pandemic, it’s necessary to keep children vaccinated against polio while also protecting health workers from COVID-19 and making sure they don’t contribute to its transmission.

Global health officials and experts say that sustained fundraising and advocacy are still crucial, not only to protect gains in Africa, but to reach the ultimate goal of a world without polio. Rotary members still have a critical role to play in keeping the African region free of wild poliovirus and eliminating the virus in the two countries where polio remains endemic.

As Knaack said, “This is a big step in our journey to a polio-free world, but the fight is not over yet. We still need the support of our Rotary members, donors, and heroic effort of health care workers to finish the job.” 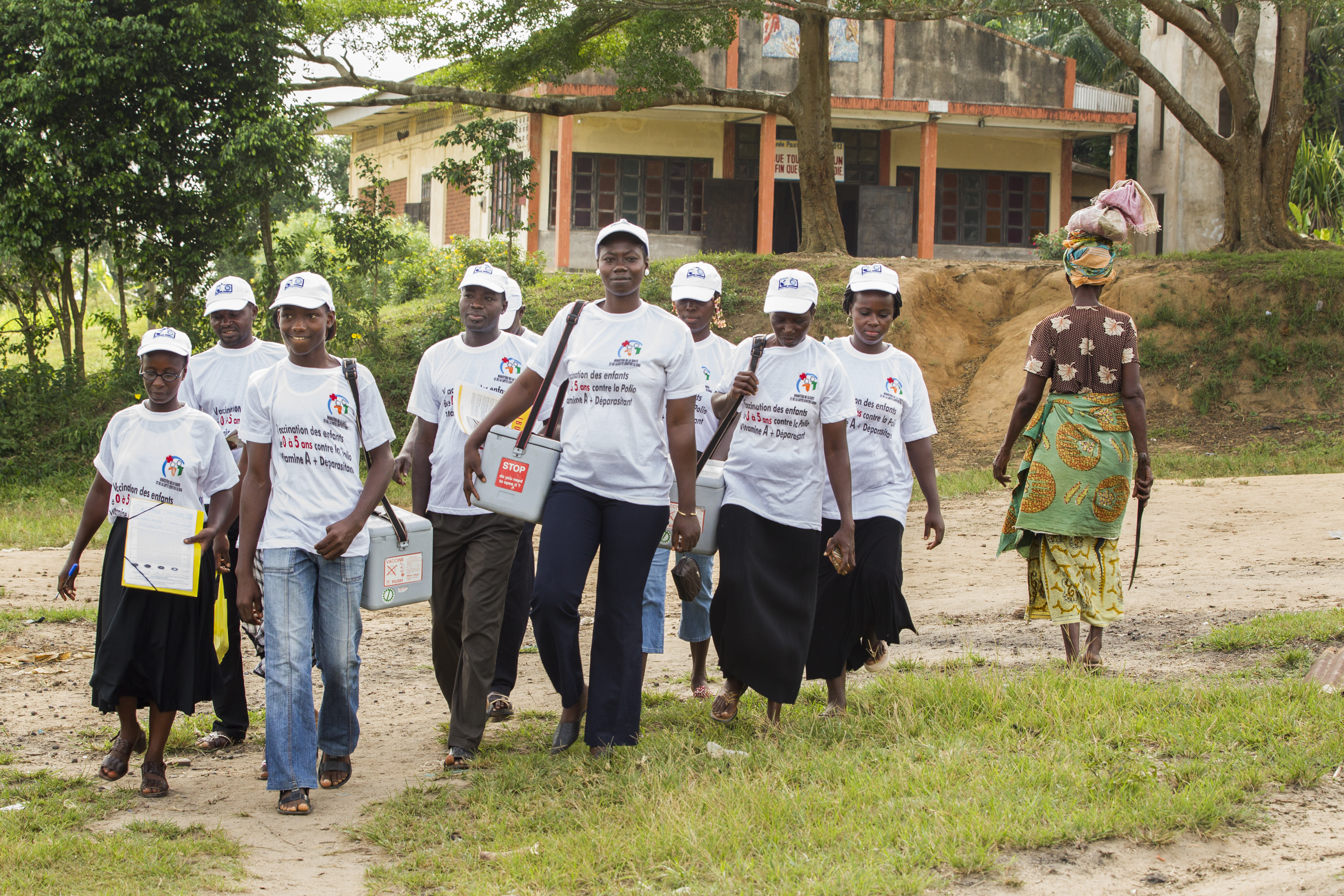 Do You Have a Polio Story to Tell?
Share Your Story
In the face of a pandemic, the important work of fighting polio must continue
Hank Sartin | Nov. 30, 2020
Newsletter Sign-Up
Learn about the progress we’re making to eradicate polio.
Sign up and help us make history today.
Personal data collected on this form is subject to Rotary’s Privacy Policy.