From country doctor to international epidemiologist

At the Rotary International Convention in June, Rotary and the Bill & Melinda Gates Foundation renewed their long-standing support for ending polio in dramatic fashion: Rotary committed to raising $50 million per year over the next three years, with every dollar to be matched with two additional dollars from the Gates Foundation. This expanded agreement will translate to up to $450 million for polio eradication activities.

Jay Wenger, director of the Gates Foundation’s polio eradication program, talks about his work as an epidemiologist and about why ending polio for good is so important. 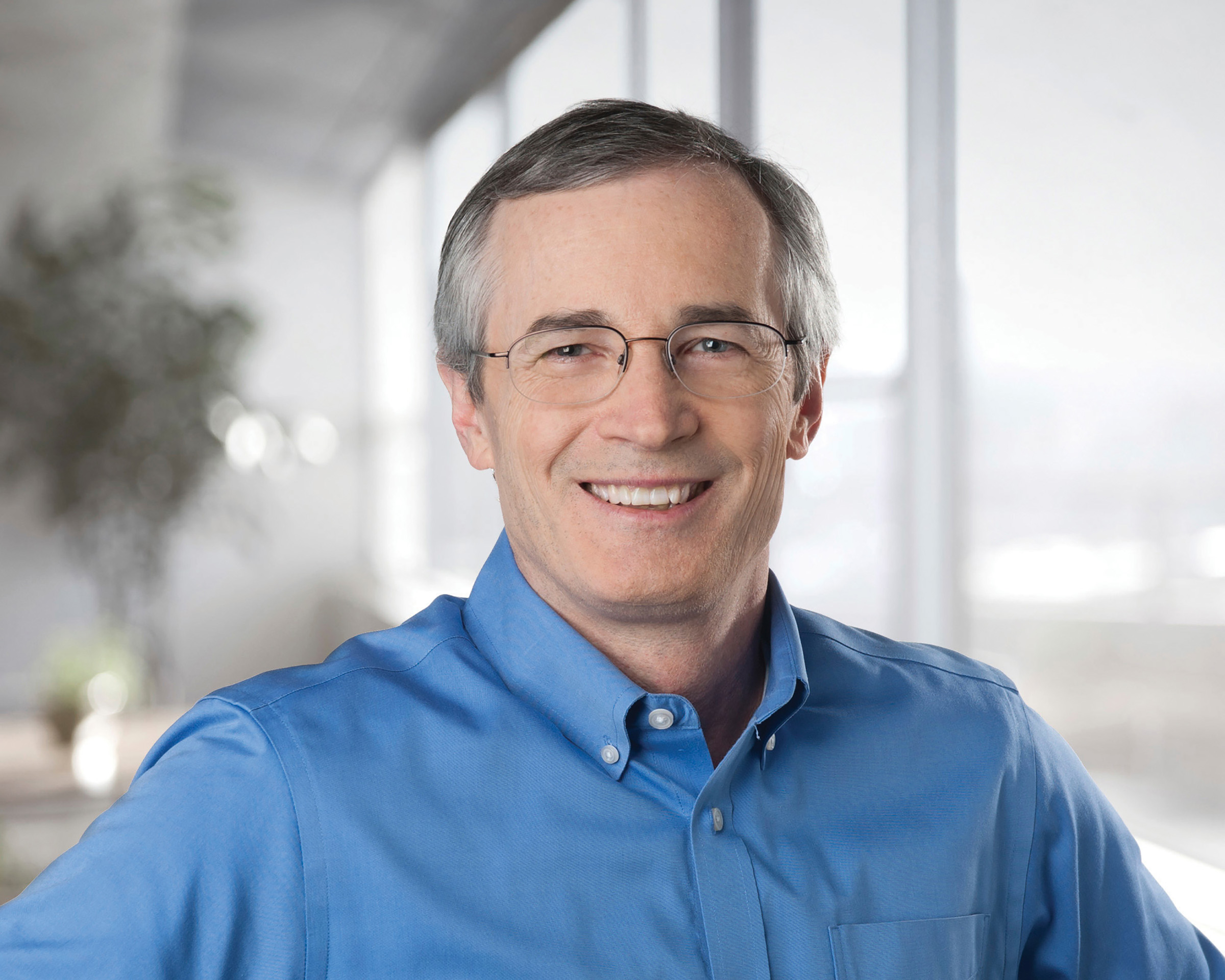 I wanted to become a doctor ever since I was a little kid, but I originally thought I would become a country doctor – a general practitioner.

That notion changed when I had the opportunity to work at a mission hospital for a couple of months during medical school. One thing I saw during that experience was that you could deliver a lot of health care and prevent a huge amount of disease for a relatively small amount of money.

Eventually, I became interested in infectious diseases. I liked the idea of focusing on something specific – that seemed more doable to me than knowing everything about everything, as it seemed a general practitioner needed to do. I went on to the U.S. Centers for Disease Control and Prevention (CDC), where I received additional training in infectious disease epidemiology.

Epidemiology involves studying disease in an entire population – figuring out who gets sick, how it spreads, and how it can be prevented. It included working on outbreaks, which is like solving a disease mystery but needing to do it in a hurry.

When I was at the CDC, we studied one outbreak where a dozen or so individuals in the same area wound up with the same skin infection. So I went to the affected area and started trying to figure out what these people had in common. It turned out they had all been patients at one particular clinic – that was one clue. When we looked further into the record, we found they had all had the same specific operation. In the end, we figured out that all the cases traced to a single bottle of fluid under one sink in that clinic, which had contaminated the equipment they were using.

That’s a lot of what epidemiologists do: We track infectious diseases, try to figure out how they spread, and then, hopefully, figure out what to do to stop it.

“You have to get rid of the virus everywhere or it can come back, reinfecting places where it was eliminated.”

I worked in a group at the CDC that focused on bacterial meningitis, which is an infection of the brain and spinal cord. A bacteria called Haemophilus influenzae Type B (Hib) was the most common cause, infecting up to 15,000 kids in the U.S. every year. This was when the Hib vaccine had just been developed. I got involved in monitoring how much disease was out there and how the vaccine was working, and it was really striking. We went from thousands upon thousands of cases per year to a couple of dozen as vaccine use spread to all kids across the country.

Seeing the power of a vaccine program was a big part of what led me to get involved with polio eradication.

I was born in 1955, which is the same year, incredibly, that the Salk vaccine for polio was licensed and introduced in the U.S. At that time, polio was the most feared infection in the country. 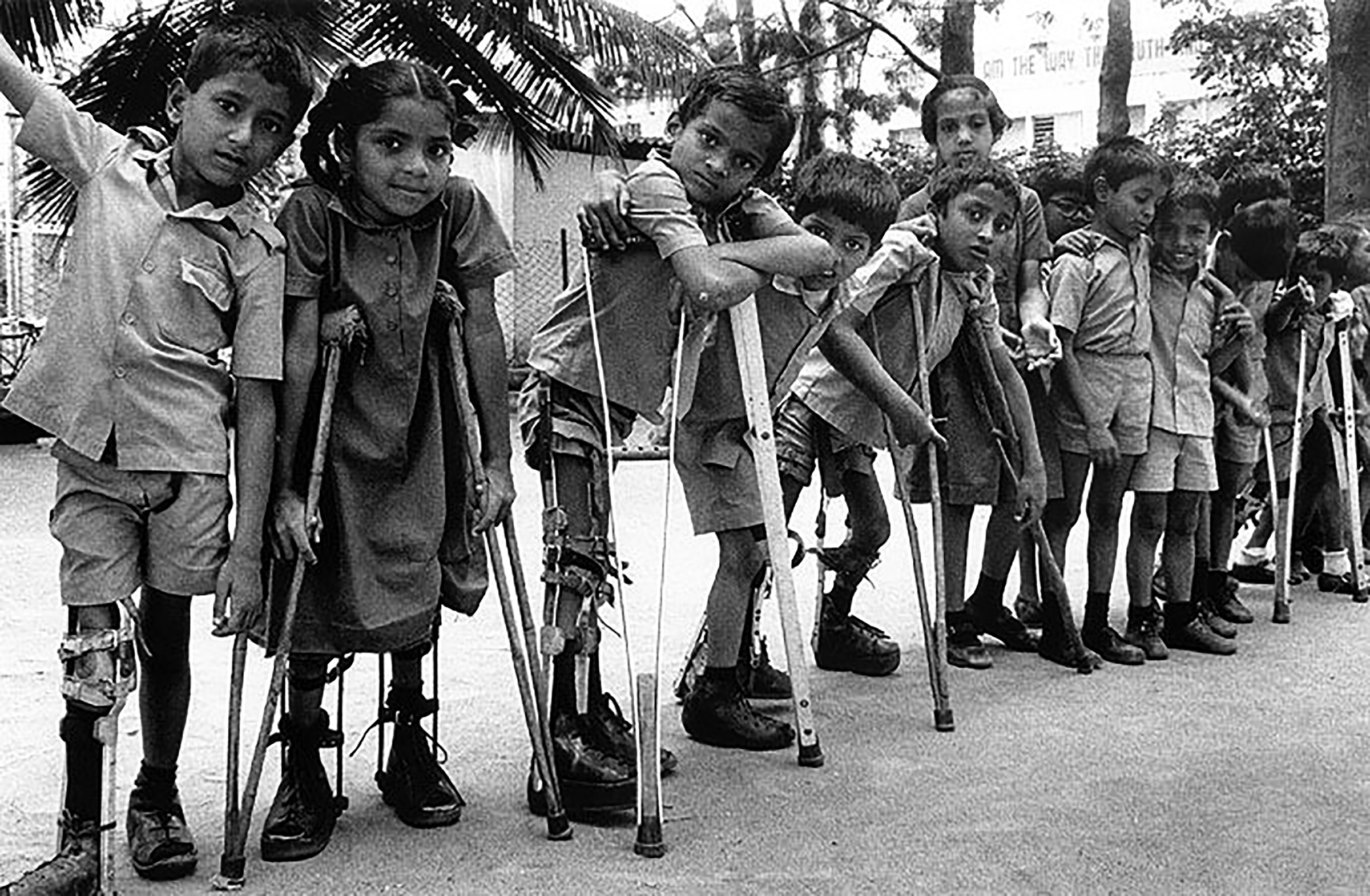 To understand the significance of the development of the polio vaccine, you have to understand how big the polio scare had been in the 1930s, ’40s, and ’50s. When summer came around, parents were terrified that their children would get the disease and wind up paralyzed or even dead. When that first vaccine came out in 1955, it was hailed as a medical miracle.

Even after I was born, the specter of polio haunted people. There were campaigns with the newer oral vaccine where drops of the vaccine would be put onto a sugar cube, which you would then eat. I can still remember getting those sugar cubes for polio as a kid.

Polio became a major example of a successful vaccine – driving down case counts from hundreds of thousands per year globally to zero in the U.S. and other wealthy countries. But polio remained a big threat in the developing world.

The poliovirus affects a type of cell in the spinal column, and once these cells are killed, there’s no way for the brain to send messages to the muscles. The result is what’s called acute flaccid paralysis, or AFP, and that muscle doesn’t work anymore – it can’t flex or contract. The virus often affects an arm or leg, which tends to shrivel from disuse. If the disease affects the muscles of the chest or diaphragm, polio can be fatal, because the patient can’t breathe.

What makes it possible to get rid of the virus is that it can only reproduce in humans and that it can live in humans for only a few weeks to a month or so until the body gets rid of it. During that time, virus is excreted in the stool, but once outside the human body, it can survive for only a week or two. It has to find another person to infect in that time, or it dies off. So if you can break the chain of transmission – stop the virus from spreading from person to person by making enough people immune through the vaccine – you can actually drive the virus into extinction. But you have to get rid of the virus everywhere or it can come back, reinfecting places where it had been eliminated.

This is why the World Health Assembly voted, in 1988, to eradicate polio. Rotary was incredibly important at that time. They took ownership of the mission from the beginning, and they assisted numerous countries in the early stages of this effort.

I could see the impact they were making, and as an epidemiologist I was struck by the possibility that we could eliminate a disease from the face of the earth, if we were determined enough.

In 2002, I had the opportunity to work with WHO in India. I directed the National Polio Surveillance Project. That’s where I got firsthand experience with how Rotary works within a country.

A great deal of Rotary’s support resides in their fundraising, of course. With an effort like this, you need a consistent source of funding, and Rotary has made it clear that they want to see this through to the end. Their support has been unwavering.

But I think the most striking thing about working with Rotarians has been how they’ve energized the sense of commitment in each country. In the United States, they worked in every congressional district and in Washington, D.C., to promote the vaccination effort. In a place like India, I learned quickly that the support of the Rotarians is invaluable. For example, we initially faced challenges with political leaders – but regardless of who we were working with, we could always rely on a local Rotarian to connect with politicians and persuade them to support the polio program.

“The most striking thing about working with Rotarians has been how they’ve energized the sense of commitment in each country.”

More broadly, Rotarians provided an instant sense of legitimacy and urgency. They were influential members of their communities, and people took notice when they advocated for polio eradication.

Stopping polio in India was a tremendous feat. From dense cities like Mumbai to the most remote villages up in the mountains, we had to make sure every child was vaccinated.

Most of my fieldwork was in the north, because that’s where we saw cases. As head of the surveillance program, I would go see children with polio. One time, traveling to a northern state called Uttar Pradesh, I went into a tiny single-room house, where a little girl was sitting on a mat bed with a limp leg.

Her leg had been paralyzed for a couple of months. There were things we could do, like make sure she got physical therapy and splints. But there was no way to cure her paralyzed limb. Her mom was looking at me expectantly, and I could tell what she was thinking: “Here’s this big doctor from the West and he’ll know what to do. He’ll know how to fix my child.”

That feeling of helplessness, those moments when you’re actually seeing the victims – that’s my strongest motivator. They’re the driving force for the eradication program, because we can’t fix polio once it happens. But we can fix it before it happens.

About the same time, the last case of polio in India occurred, which energized the community to believe global eradication was really within reach. Rotary and the Gates Foundation responded by committing to a multiyear strategic plan for ending polio for good, alongside the other partners in the Global Polio Eradication Initiative (WHO, CDC, UNICEF). 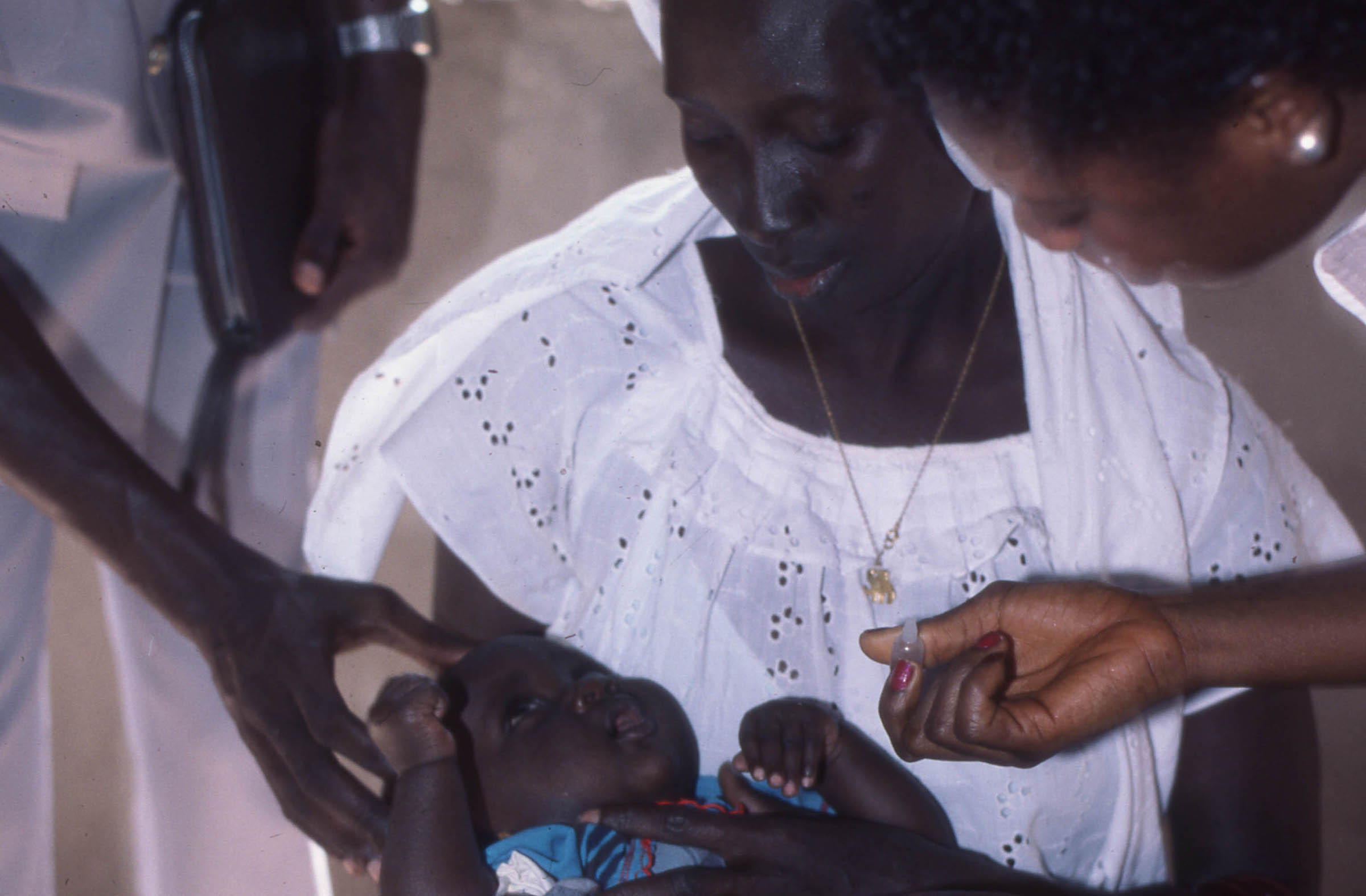 What people need to realize is that with polio eradication, in contrast to many other public health programs, we can’t choose where to go. We have to go where the disease is.

As of now, there are only three countries in the world where wild poliovirus may still circulate: Afghanistan, Pakistan, and Nigeria. Those are incredibly challenging countries to work in, because they have much bigger issues to contend with than polio.

We can’t forget about those places or deal with them later, because this would mean that we lose against polio – if the virus remains anywhere, it can spread back to those places we have already cleared out. We have to extend our efforts to the hardest places in the world, and to the least-reached kids in the world.

The question I get most often is when we’ll be able to declare that polio is actually gone from the earth. I tell them that we’re pushing hard and nearly there.

Last year at the end of July, there were 19 reported cases of polio worldwide. This year, there were only eight. However, the only way we can know that polio is really eradicated is if we record at least three years with no new cases, and I’m optimistic that we will meet this goal soon.

In my work as an epidemiologist, I’ve seen that it is possible to stop a disease as we did with smallpox. We didn’t just drive smallpox down to a small number of cases; we drove it down to nothing.
If I were a more romantic type, I might allow myself to dream about the future of a polio-free world more often. But I’m a worker bee, and I like to keep my head down and focused on what work needs to be done to achieve that goal.

What I try to think about – what Rotary and the Gates Foundation keep me focused on – is the human side of all this. I can still remember from my childhood how scared people were of polio. And I’ve seen firsthand in my fieldwork what polio does to its victims and their families.

That’s what keeps me working.

Do You Have a Polio Story to Tell?
Share Your Story
Why Partners Matter
Rotary International | Nov. 10, 2020
Newsletter Sign-Up
Learn about the progress we’re making to eradicate polio.
Sign up and help us make history today.
Personal data collected on this form is subject to Rotary’s Privacy Policy.