Why the last mile is so important

No, not at all. We’ve always expected the number of cases to fluctuate somewhat as we get closer to zero. We’ve gone four straight years with fewer than 100 cases per year. That’s an indicator of great progress. With dedication from governments and Rotarians in areas still affected by polio, we’ll get there.

2. Why is it so difficult to eradicate a disease like polio? 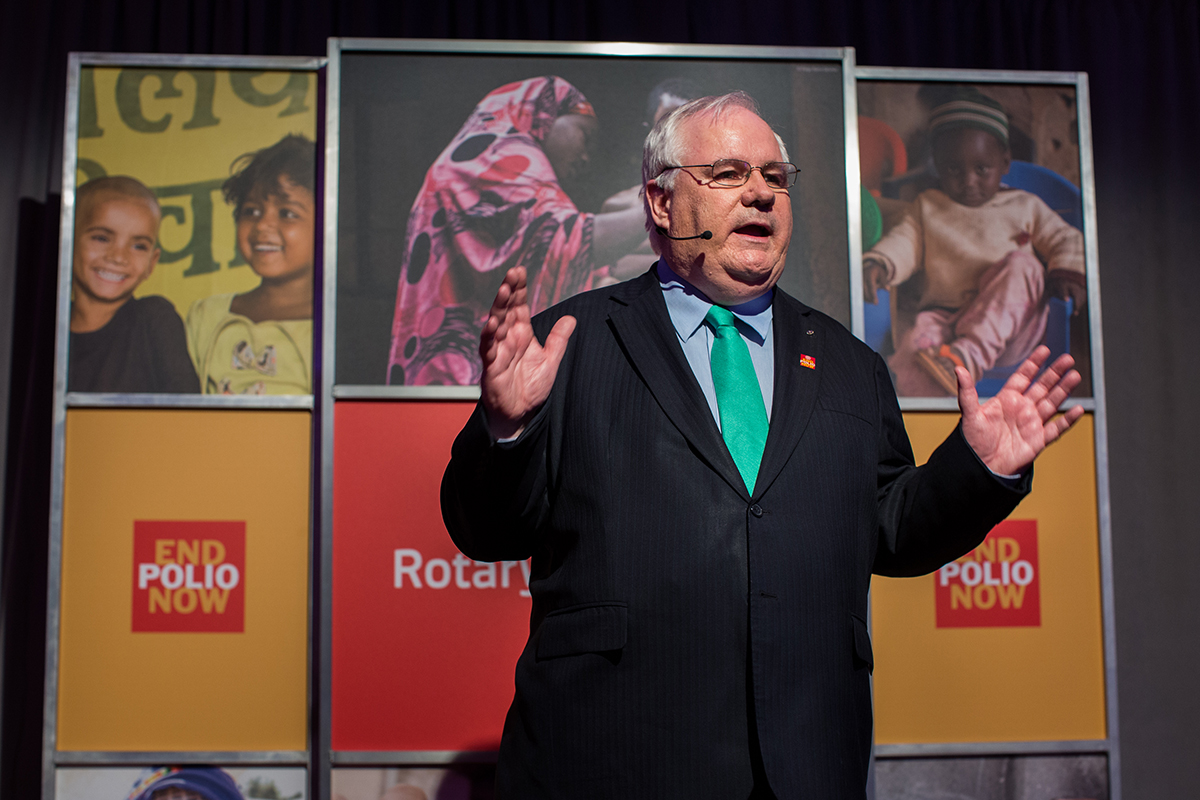 3. What challenges are you seeing now?

We have been working intensely in the endemic countries — Afghanistan, Nigeria, and Pakistan — for a number of years, and some of the citizens in those countries are getting concerned that we are spending money on polio eradication when they have so many other needs. There’s some resistance to keep on receiving immunizations for polio, and polio alone. Our challenge is to find ways to provide other services to the citizens and children so we still have the parental support we need — to provide the “plus” in PolioPlus.

4. What role does armed conflict play in those areas?

It makes the logistics of immunization far more difficult. The Global Polio Eradication Initiative partnership is not only dealing with governments — we’re dealing with anti-government elements as well. While we’ve worked to gain everyone’s trust and support, we’ve had areas that were inaccessible to immunization teams for months and sometimes years at a time.

5. Do immunization teams know when they miss children? Or are there children they don’t even know about?

I think we have a good handle now on knowing when and where we’re missing children. The challenge is to keep reducing the number we miss. In Nigeria, we have done a lot of work since we were surprised by the discovery of several polio cases in Borno state in 2016, two years after the country had last seen a polio case. We now know through GPS mapping where the children are, and we are working with authorities there to make sure all children receive the polio vaccine.

6. Where are we seeing successes?

We haven’t had any cases of wild poliovirus anywhere in the world in nearly five years except in the three endemic countries. And in Nigeria, it’s been almost three years since we had any wild poliovirus cases, and those occurred in a small area of the country.

7. What’s the most important thing Rotarians should know?

I’ve been extremely impressed with the dedication and persistence of Rotarians in Afghanistan, Nigeria, and Pakistan. They are working hard to make sure polio is eradicated. It’s pretty amazing what they do in those countries.

Rotarians should continue to be optimistic and to support eradication. We also need Rotarians to bring the need for continued funding to the attention of their government leaders. We can’t lose sight of the goal.