With polio on the brink of eradication, nations from around the world and key donors pledged $1.3 billion to energize the global fight to end the paralyzing disease.

The historic pledges of new funds at the Rotary Convention in Atlanta, Georgia, USA, will go toward drastically shrinking the $1.5 billion gap in the funding that the partners of the Global Polio Eradication Initiative say is needed to reduce polio cases to zero worldwide. Just five cases have been reported this year, the lowest number in history.

Bill Gates, co-chair of the Bill & Melinda Gates Foundation, said ending polio would be one of the world’s greatest achievements.

Rotary International President John F. Germ announced that Rotary would increase its commitment and raise $50 million per year over the next three years. Rotary has raised more than $1.7 billion to fight the disease since 1985. 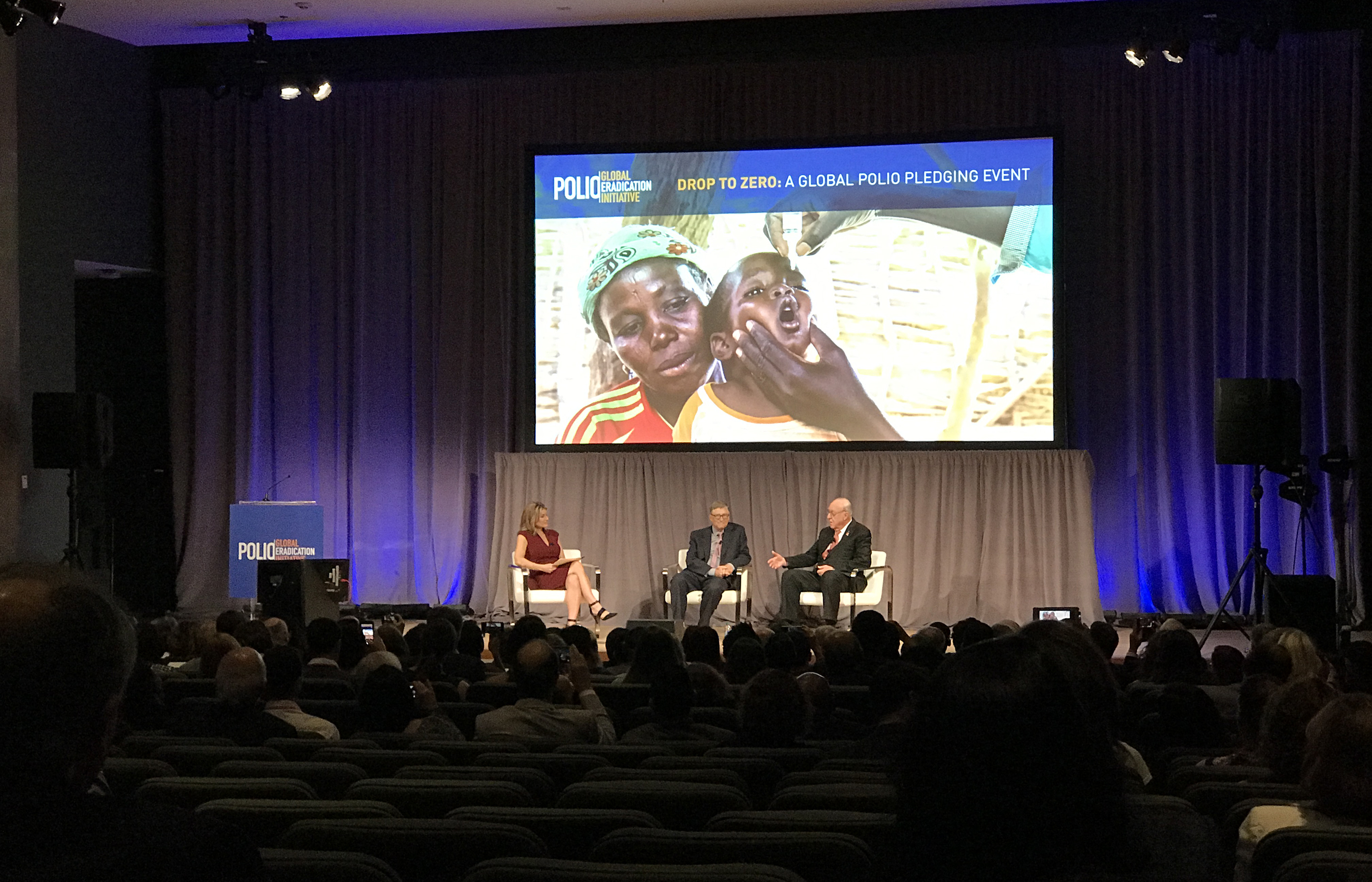 “Right now, every time a new case is identified, it really could be the last one the world ever sees,” Germ said.

John Cena, WWE Superstar, actor, and Rotary polio ambassador, emceed the pledging event. He applauded Rotary's determination to end the disease. "You were the trailblazers who wanted to prove to the world that this insurmountable task could be done," he said.

The new funding will go toward polio eradication efforts such as disease surveillance, responses to any outbreaks, and the vaccination of more than 400 million children annually.

Here are the historic pledges

$450 million: Bill & Melinda Gates Foundation
“The incredible efforts of Rotarians, governments, health workers and partners—including those who have gathered here today—are close to making history,” said Bill Gates. “These new commitments will help ensure that we can finish the job.”

$154.7 million: Pakistan
The significance of this moment cannot be overstated. Seeing such strong and unrelenting support from countries around the world reminds us that this is a truly global effort and renews our national resolve to banish this disease from our country.

$150 million: Rotary International
“The global eradication of polio has been Rotary’s top priority since 1985. Rotary members have been the driving force behind the fight to end polio since its inception,” said John Germ, President of Rotary International.

Crucial innovations as well as human and financial resources made it possible for us to find poliovirus that had been circulating in remote and insecure areas of our country. Today’s new funding and renewed commitment will help us make sure that the disease has no safe harbor and is rooted out once and for all.

The government of Canada has been a part of this effort from the very beginning and will not stop until every boy and girl around the world is safe from this disease.

The eradication of polio will not just put an end to a significant threat to newborn and child health; it will also be a sustainable global public good that will help improve the health of everyone, everywhere.

For as long as polio circulates anywhere, it is a threat to children everywhere. We are committing to ending this disease and strengthening global health security for future generations.

$30 million: United Arab Emirates
The UAE is proud to be a leader in the effort to end polio and looks forward to a future in which every child and every country around the world is able to experience the full economic and health benefits of polio eradication.

Together with countries and partners, we look forward to ending polio and ensuring that the infrastructure used to fight this disease helps improve health in countries around the world for years to come.

easyJet is proud to be a part of the global fight to end polio and improve the health of children everywhere.

The Government of Korea is committed to working with governments and polio partners around the world to finish off this disease.